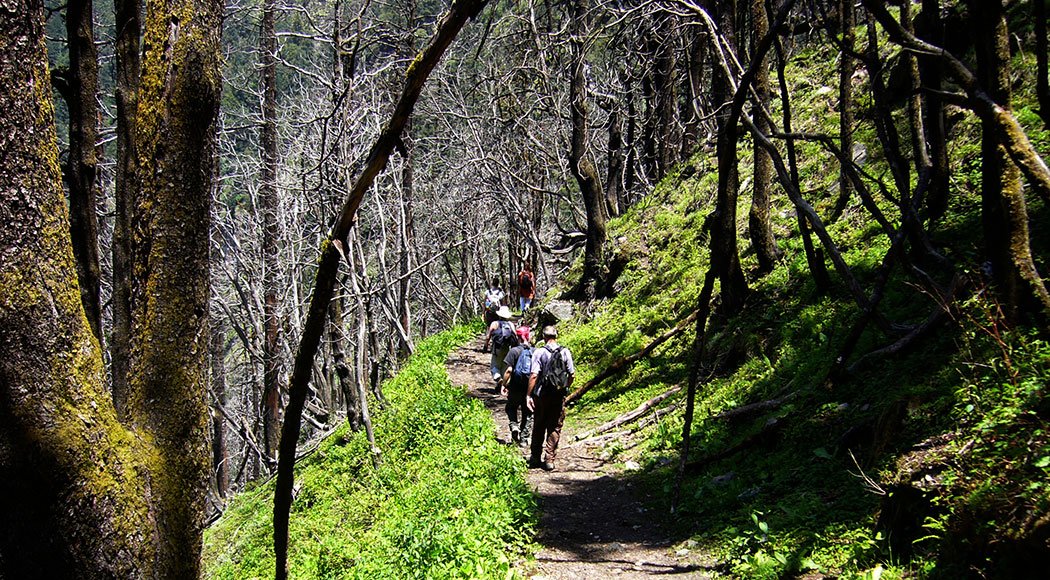 Kauri Pass Trek has been a favourite with many mountaineers. Mr. Shipman in his book- Nanda Devi writes about crossing this pass with these words, "The top of the pass was reached by 7 o'clock (am) of a clear, cold morning and we were privileged to see what must be one of the grandest mountain views in the world." It is a fairly moderate trek, which offers most enchanting mix of the Himalayan life with a look at village life, culture, pristine wilderness, wild life and great Himalayan range. On a clear day one can see mountains like Nanda Devi (7816m), Dunagiri (7066m), Kamet (7756m) and many more.

DRIVE TO GHAT AND THEN CHEFNA:

Drive to Nandaprayag and to Ghat and then to Chefna (the starting point of the trek). We camp for the night at Chefna.

Finish with breakfast and then devour on this nice walk next to the river followed by an ascent through coniferous and mixed forests. The walk by a wooded ridge takes us to a village called Ramni (2550m). It is a typical Garhwal village with friendly people and attractive houses with heavy slate roofs and paved alleys surrounded by fertile fields. It is very commendable to see that this entire village is mainly run on solar power. Night stay and meals at camp at Ghuni.

This is a long but rewarding day. From the campsite you climb steeply for 1,000ft/300m on a zigzagging track to emerge on an open, grassy, grazing meadows. Snow peaks begin to emerge above the forest to the north. The path continues up through forests of rhododendron, pines and oaks with more pastures for summer grazing with shepherds huts. Flocks of sheep and goats are there to keep you company as you keep moving along the track. The highest point, reached in 2¼ hours from the camp, at 3,064m/10,053ft, is the Ramni Pass, also called Binayak Top. From here it is possible to make out the Kuari Pass, which we will cross on Day 8. From now on there may be a chance to see the multi-coloured monal pheasant but they are very shy, being hunted by the locals for pot. The trek is now gentle, mainly through open pastures into forests of horse chestnuts and walnut trees complete with fairy tale waterfalls.

Lastly, a zigzag downward trail will bring you down to the overnight camp at Semkherk.

Day starts with a descent to the colourful village of Jhinjhi. The trail carries on down past small farms, through some woods to the spectacular suspension bridge at 1,840m/6,037ft across the Birehi Gorge, which currently is inhabited by a large number of monkeys! From here however it's a very steep climb up to 7,382ft/2,250m, where the track eases only after arduous ascent of 1 ½ hour.

After this though you can relax a bit as the path becomes almost flat and you can pass under the cool shade of the rhododendron forests with long tailed magpies flitting about. There are many streams and waterfalls as the route contours round many deep ravines. If you look down to the deep gorge below you can see the landslide and the Gauna Lake, which burst and flooded the whole of the Ganga Valley down to Rishikesh in 1898. After going round the head of a horseshoe valley you reach two lovely rivers cascading down under the path. From here there is a short climb to a spot called Kaliaghat, which is a good campsite near the village of Pana. It is here where we camp overnight.

This is another long but spectacular day. The route traverses above the village and then starts a steep climb up into a rhododendron forest. It is a broad, well made track and after a number of small summits a Col is reached at 9,842ft/3,000m. The path now descends gently, traversing along the valley to open meadows with views across the Kuari Pass. We continue downhill through the valley along several streams, before it plunges down a very steep and loose section, much of which has been washed away by the monsoons. At the bottom, you will see that the river has cut through a deep rocky, dramatic gorge to your right showing just how naturally scalped the entire region is. From the river, it is a very steep climb of about 3,000 feet (900 m) with a small break about half the way up to cross a large stream. A final climb brings you above the tree-line to the campsite on the large pastures where sheep and goats graze in summer, with the Kauri Pass towering above. Camp overnight.

It is a short day today meaning that you have enough time to take breaks on the pass to simply stare at awe at your surroundings. The thrill of standing at such a height, with the cold wind hitting you across the face is a feeling that cannot be surpassed. We aim to cross this pass today so that you will have the benefit of the clear early morning the following day. For this we have to walk a bit more to gain more height, with the highest point of the trail being at a cool 4000 m high and is just half an hour from the Tali Pass ahead. Once, we have had our fill of the mountain view (which is highly unlikely) we walk down to our camp which has been set up for you across a small stream.

For those among you who are willing to give up a few more hours of sleep to catch a rare glimpse of nature, we suggest you wake up before dawn and make your way to the top of Pangarchulli peak to catch the dawn view of the Himalayas. The way, the navy blue mountains slowly turn an orange hue to a brighter yellow to finally white is a sight you will not want to miss. Frank Smythe, who came this way in 1931 en route to Kamet (25,443ft/7,757m), the second highest mountain in this region, said something along these lines about this view, "We breasted the slope and halted, silent on the path. No words would express our delight. The Himalayas were arrayed before us in a stupendous arc". Some of the mountains seen are Kamet, Nilkanth (7,141m/23,425ft), Dunagiri (7,067m/23,182ft) and Changabang (6,864m/22,516ft), with even Nanda Devi herself visible if you walk along the ridge for a while. The blinding vision of snow peaks make all the effort worthwhile, for it is often said that this is one of the greatest mountain views in the world. We walk back to camp for hot lunch and over night in tents.

TREK TALI TO AULI AND DRIVE TO JOSHIMATH:

Most of summer treks finish in Auli and early summer/early winter treks finish in Tapovan because of the icy conditions on the trail to Auli. It is a 3-4-hr walk to either place. It is a gradual descent to Auli down through woods and pastures and we meet our car waiting for us at Auli to drive us to Joshimat. Auli, although having none of the elegance of its sister hill resorts, does have a charm and beauty of its own. It is the site where the famous Adiguru Shankaracharya attained enlightenment before beginning his campaign for the unification of India and the revitalization of Hinduism. There is a temple here called the Na Singh where the statue of Na Singh involves a legend that when the arm of the idol finally breaks, the road to Badrinath will be blocked. Interestingly, the statue's arm has been getting smaller every year. Auli is also the centre of the Indian ski scene, and the cable car up to the resort of Auli starts in the middle of Joshimath.

We stay overnight at a hotel in Joshimath to wash off the fatigue and get a comfortable sleep.

Back to Rishikesh it is, with lunch given on the way.

Drive for 30 km from Haridwar to reach Rishikesh. Drive another 3 km from Rishikesh towards Tapovan to reach our office on the Luxman Jhula Road. 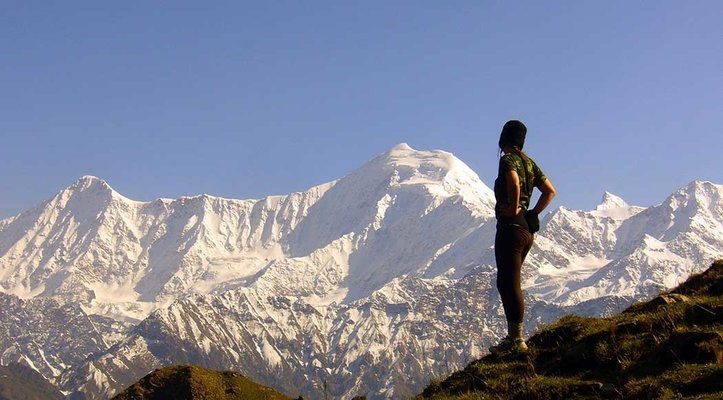 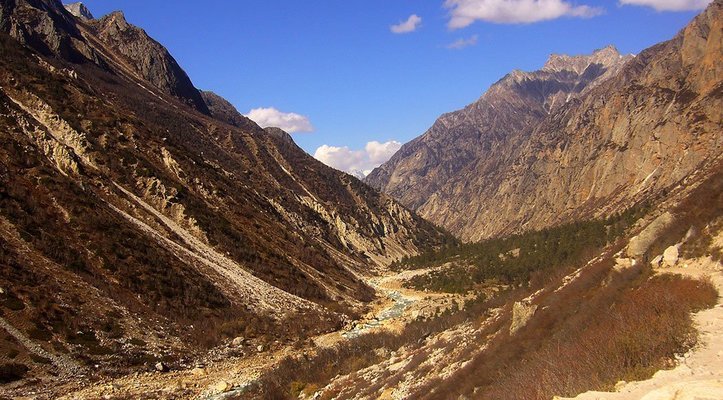 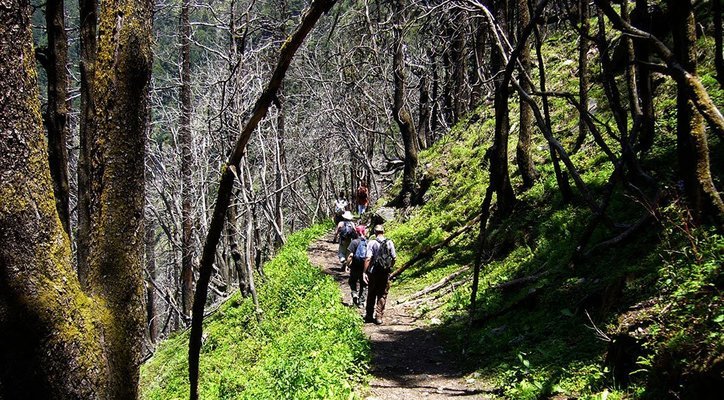 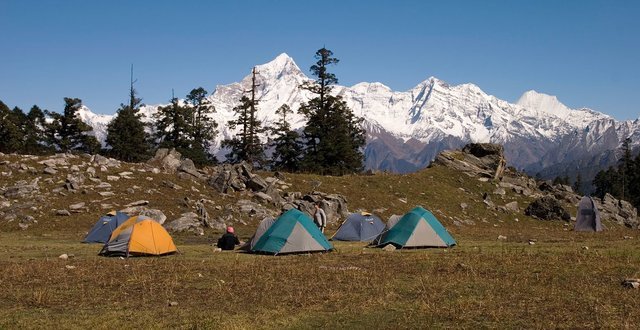 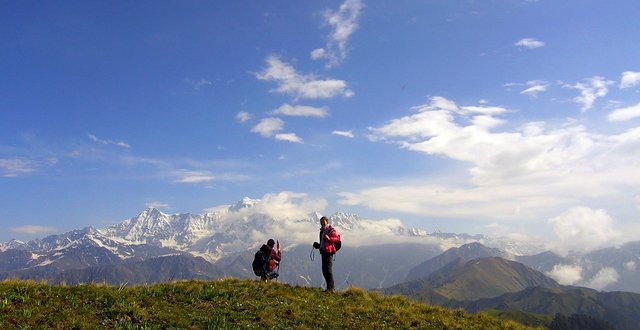